Douglas Rushkoff is professor of media theory and digital economics at Queens/CUNY. Named one of the world’s 10 most influential intellectuals by MIT, he has been exploring, celebrating, and bemoaning tech development since the early 1990s. He hosts the Team Human podcast and has authored 20 books.
Below, Douglas shares 5 key insights from his new book, Survival of the Richest: Escape Fantasies of the Tech Billionaires. Listen to the audio version—read by Douglas himself—in the Next Big Idea App. 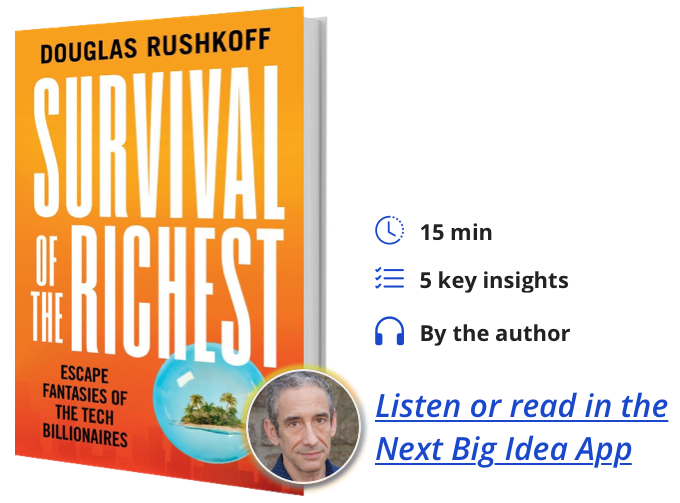 “Grown-ups seemed so certain of who they were and what they believed, and surely, we thought, our own adult life would be the same.”
“The more division of wealth we have—the more fear, isolationism, and alienation—the more brittle our systems become.”
5 Key Insights from author Jennifer Jacquet